Skip to content
To strengthen its commitment to support goals of ‘National Innovation Strategy’ and develop spirit of creativity among Learners
UAE, December 20th, 2014 – Setting precedence by letting its learners and graduates participate in formulating the university’s strategic plan, Hamdan Bin Mohammed Smart University (HBMSU) has concluded a participatory and interactive meeting held recently at its Dubai Academic City campus. The university will draft its plan for the next three years, taking inputs from its learners and alumni. This qualitative move comes in response to the directives of H.H. Sheikh Hamdan bin Mohammed bin Rashid Al Maktoum, Crown Prince of Dubai and President of the University, to build a culture of innovation and creativity among learners in line with the objectives of the recently launched Dubai Strategic Plan 2021, which is a road map to achieve the vision of H.H. Sheikh Mohammed bin Rashid Al Maktoum, UAE Vice President and Prime Minister and Ruler of Dubai. 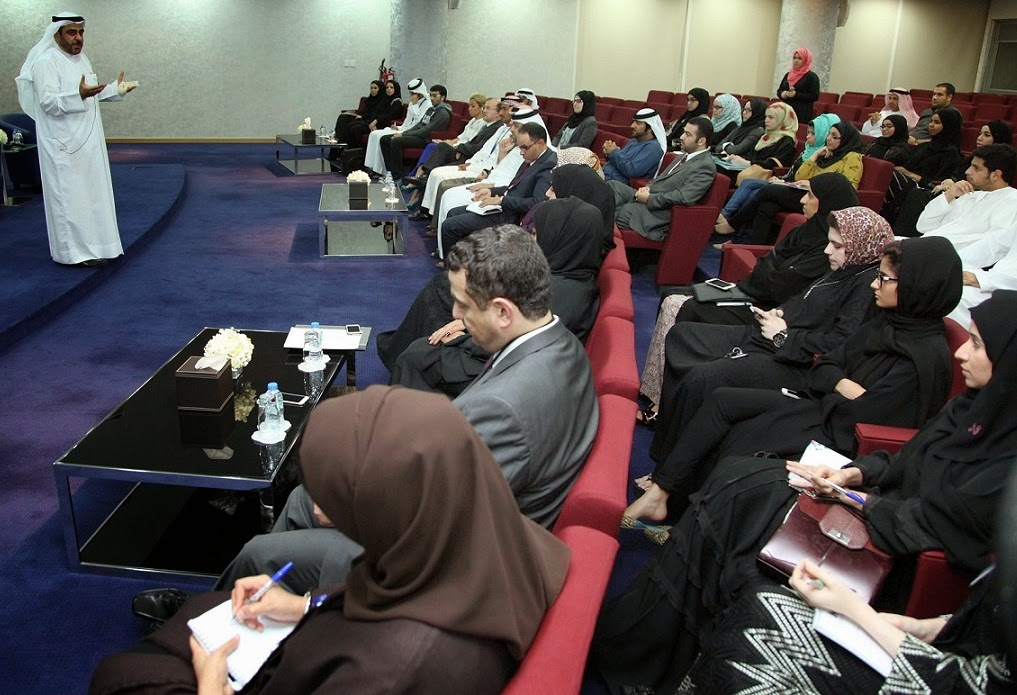 The meeting, which was held under the title ‘Where do you see your university – HBMSU – in the next three years?’, has been widely praised as it provided an ideal interactive platform to activate communication channels with learners and graduates, adapting capability and knowledge and unleashing competency and talent in the field of creativity and innovation. The meeting included a series of open discussions and brainstorming sessions that brought together university administrators and academics with learners and graduates under one roof to exchange ideas and opinions, review aspirations and proposals, and come out with recommendations for a three-year strategic plan that will reflect the HBMSU’s vision of establishing a culture of creativity and innovation.
Dr. Mansoor Al Awar, HBMSU Chancellor, has praised the positive feedback given by the participants at the meeting. He lauded their vital role in providing proposals and forward-looking visions for elaborating strategic goals and directions to the university over the next three years.
Al Awar said: “We have organized the participatory and interactive meeting to affirm our commitment to providing an enabling environment to drive innovation and creativity among learners. It will encourage them to actively contribute in developing the university’s strategic plans in order to achieve our academic, educational and administrative goals. Through the new strategic plan, we look forward to develop a culture of innovation in response to the directives of H.H. Sheikh Khalifa bin Zayed Al Nahyan, President of the UAE and Ruler of Abu Dhabi, declaring 2015 as a ‘Year of Innovation’ in the UAE. It is also in line with the objectives of the ‘National Innovation Strategy’ recently launched by H.H. Sheikh Mohammed bin Rashid Al Maktoum, UAE Vice President and Prime Minister and Ruler of Dubai.”
Al Awar concluded: “HBMSU takes an active interest in intensive efforts aimed at encouraging innovation, development and scientific research. We are committed to concerted efforts with all the administrators, academics, faculty and students in order to achieve the highest levels of satisfaction, transparency and credibility. We will work on putting together all the recommendations and proposals that resulted from the participatory meeting and take relevant actions accordingly to develop a clear strategic plan that is able to meet all the current and future needs and requirements of the university.”