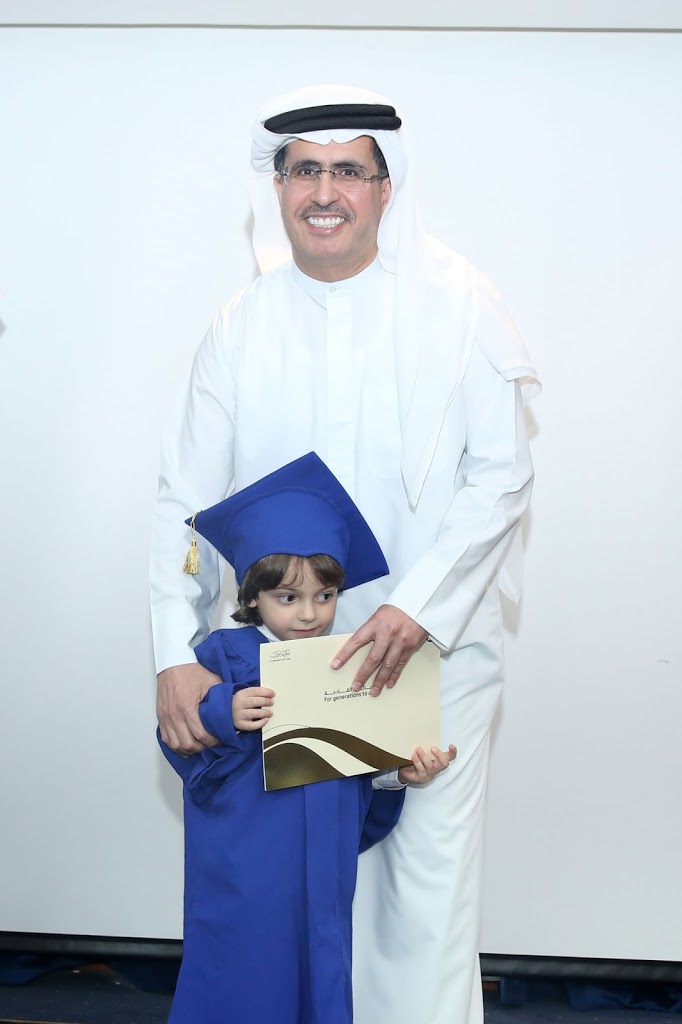 Dubai, UAE, 20 June 2016: Dubai Electricity and Water Authority’s (DEWA’s) nurseries have had 43 children graduate in 2016. These are employees’ children who turned four and completed the requirements to go to kindergarten. The graduation ceremony, organised by the nursery’s management, was attended by HE Saeed Mohammed Al Tayer, MD & CEO of DEWA, and Dr. Yousef Al Akraf, Executive Vice President of Business Support and Human Resources at DEWA.
“DEWA takes priority in its staff`, as they are the cornerstone for achieving excellence in all areas,

and the driving force behind corporate success and leadership. DEWA is committed to providing a motivating, positive, and happy working environment for its female staff. This helps provide social stability for working mothers, which in turn reflects positively on their work-life balance. The nurseries develop the children’s capabilities in a safe environment supervised by qualified and specialised female teachers and supervisors. This is achieved through various educational, cultural, and entertaining activities. The nurseries provide all requirements and tools that build their personalities and prepare them for school. This is done according to the highest international standards in education and healthy upbringing. This helped raise parents’ satisfaction to 98%,” said Al Tayer.

“DEWA established the nurseries to support and empower working mothers and provide a working environment that provides social and psychological care for mothers in their presence near their children. DEWA’s nurseries organise various educational and recreational activities which develop children’s mental abilities and contribute to their development,” said Al Akraf.
DEWA established the first nursery for the children of its employees in February 2010 according to the highest international standards in education, with a capacity of 40 children. Another nursery opened with a capacity of 48 children in the Sustainable Building at Al Quoz in April 2013. The third nursery opened at DEWA’s Al Warsan centre, which accommodates 87 children. A total number of 216 children have graduated from DEWA’s nurseries, this summer.
-Ends-